Goddess of Genesis - Turn-based RPG with a very beautiful 3D graphics. Chinese and SEA (aka Global for now) servers developed and published by ZlongGames. For an unknown reason they changed 'developer' name on taptap to a Genesis Project Studio (启源计划工作室), but actually it's still ZlongGames.

SEA Server just out and game very hot right now. Literally, ton's of downloads per second. At least for now. ZlongGames are famous for their previous game - Langrisser. It's worth to try.
Right now Goddess of Genesis experience problem with overheat. Devs will fix it soon. Maybe. 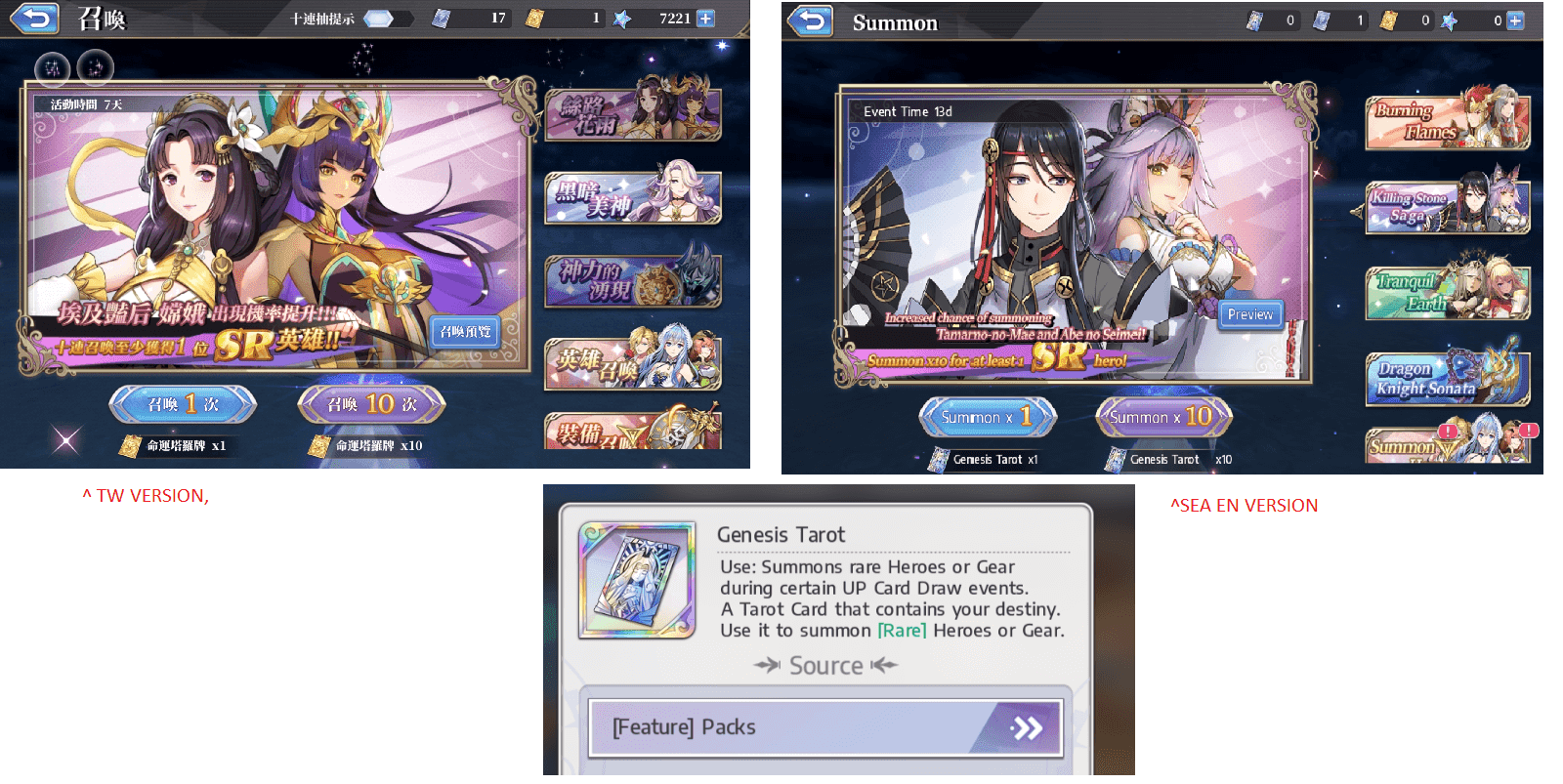 Goddess of Genesis EN (SEA) requires 'paid summon' (Genesis Tarot) for 'rate up' banners, f2p can only pull a normal banner.
-Actually, we can get Genesis Tarot from events and giveaways.


It's a bit hit to the F2P player that they can't use rate up banner for free, let's check what real players write about this.


This game was so good in the beta phase
But now its a trash game
Blocking the good units into a Paywall system
The game deter you to reroll to the sr banner is rigged .
Making your players to buy shit so you can compete with P2W players is a big NO-NO for F2P.
Hope this game won't gain any pennies to the other players.


Spend 2 hours rerolling only to find out that the first multi is rigged lol... There're only 4 SSR available and you're guaranteed one of them. Farmed story for a bit and did two more multi each on 5 accounts and not a single SSR appeared, the rate is just that bad.
Animation is stiff with dead eyes and no facial expressions. I've seen some people complimented it but looks meh to me.
And paid ticket for rate-ups? Instant delete.

Chinese player from TapTap blaming devs for "stealing" his account and writing reviews. Did he went crazy or just a troll? idk. 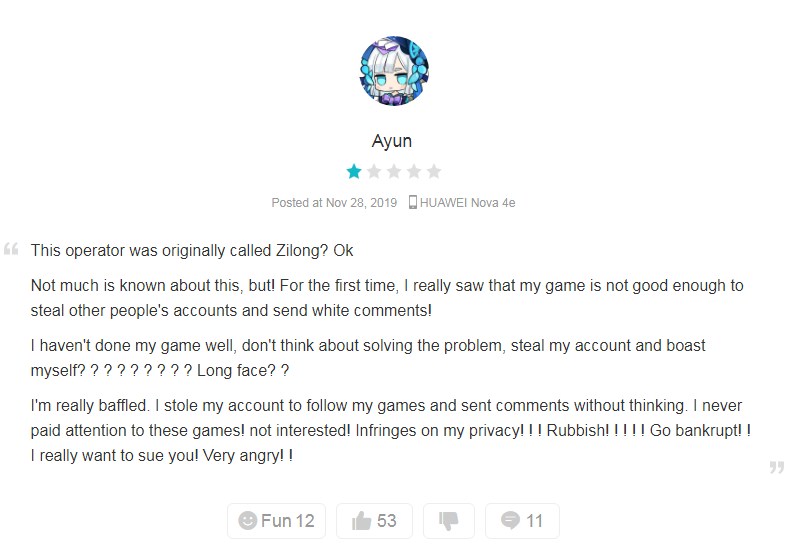 Still want to play in this game? let's check gameplay!

First 10x summon give us one of the 4 heroes - Valkyrie, Michael, Gabriel, or Merlin.

SS heroes
Merlin - OP AOE hero. We can get him for free, but players claim that chance to get him a bit lower compared to the other 3 heroes.
Lilith - Players can't target her while she in a stealth mode.
Lucifer - Very high DMG.

1. Heroic Rally
During the event period, after you reach Lv.6 in the game, you can claim epic pre-registration rewards from the Events interface! App Store/Google Play pre-registration rewards and subsequent community rewards will be sent via in-game mail.
2. First Promise
Simply log in every day and you can claim a huge amount of Starstones and Destiny Tarot from the Event interface! On your second day of logging in, you'll even receive the powerful SR hero Poseidon!

3. Celestial Oath
Reach the specified level goals and you can claim loads of Tarot Cards, Gear, Gems Packs, and other rewards from the Event interface!

4. Angelic Trial
During the event period, you can claim rewards from the event interface after completing the specified quests every day. When your number of completed quests reaches the specified amount, you'll be able to claim lots of Genesis Tarot, SSR equipment, and the SSR hero Lucifer!

5. The War Goddess has Descended
During the event period, once you meet certain requirements, you'll be able to collect a huge amount of Valkyrie Shards in the [Event] interface, allowing you to upgrade Valkyrie's Star Level in no time! Evolve Valkyrie to 6 Star to redeem her exclusive costume-

Q: What classes are there in Goddess of Genesis?A: Heroes are divided into six main classes: Mage, Priest, Guardian, Warrior, Assassin, and Ranger.

Q: How do you obtain heroes in Goddess of Genesis?A: You can obtain heroes through the summoning system, and specific Hero Shards can be obtained through Pacts and certain events.

Q: How do you obtain gear in Goddess of Genesis?A: You can obtain gear through the summoning system and the Astral Shore gameplay mode, as well as through certain events.

Q: Can the protagonist be removed from your battle lineup?A: In the early stages of the game, you'll need to use the protagonist to complete the main story levels. After this, you can choose any heroes you want to fight for you.

Q: Do certain heroes counter other heroes?A: There are 5 elements in the game: Earth, Water, Fire, Light, and Shadow.
Counter Relationships: Earth beats Water, Water beats Fire, Fire beats Earth, & Light and Shadow counter each other.
You can check the color of the arrow above an enemy's head to see if your current hero counters them:
- A green arrow means your hero counters the enemy.
- A red arrow means the enemy counters your hero.
- A yellow arrow means that no countering relationship exists between these two heroes.
Countering elements increases final damage dealt by 30% and reduces damage taken by 20%!

Q: Can I configure the order in which my heroes take action in battle?A: Hero actions in battle are based on the Speed attribute, and cannot be set manually when setting up your lineup.

Q: Can you create or join guilds in Goddess of Genesis?A: When your team level reaches Lv.16, you can join a guild, or create one of your own.

Q: What should I do if my phone is getting too hot while playing?A: Generally, HFR Mode and Overheat Protection will be enabled by default. If your mobile device suffers from serious overheating, you can try tapping your avatar in the top left corner of the main interface, enter the Settings screen, then turn off HFR Mode manually, or lower your Graphics settings.