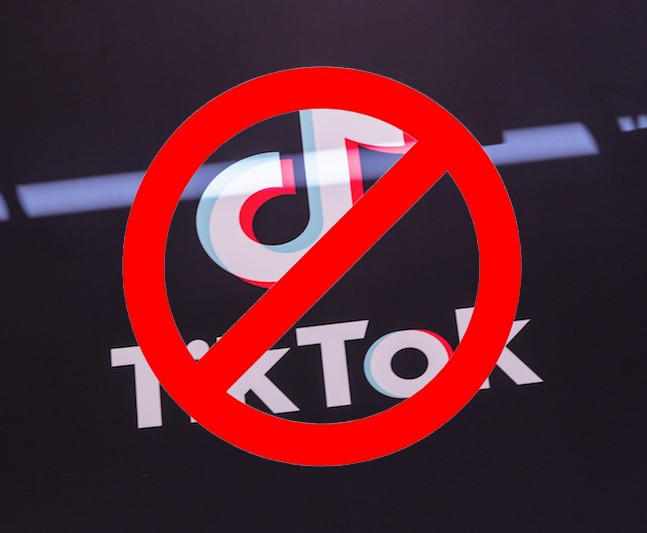 I guess everybody already heard about the latest Internet War between TikTok and YouTube. What caused it and is TikTok dangerous? Let's check all the available information.

Information
TikTok is a very popular video-sharing social networking service owned by ByteDance, a Chinese company founded in 2012 by Zhang Yiming. It is used to create short dance, lip-sync, comedy and talent videos. With a current attack TikTok rating had reached 2.0 stars from 4.5 after a few days. Google probably will restore the rating soon.

To tell the truth, even I downloaded TikTok last month and been fine with it until I encounter a disgusting video. What I always do with this kind of videos? obviously, report them. Too bad I've failed to do it because it's hard to find a report button.

Guess where did developers hide a report button?
In order to report a video we must... press on the share button?!

Official instruction -
Report a video
1. Open the video and tap the Share icon.
2. Tap Report and follow the steps in the app.

At least put it in the comments section.

Internet War and Truth
What media tell us -
It's all started with TikTok creator Amir Siddiqui posting a video on Instagram calling out YouTubers. In his video, Siddiqui accused YouTubers of plagiarizing TikTok content. Popular YouTuber Ajey Nagar, known as CarryMinati, lashed out against Siddiqui's video on YouTube, which was later taken down for violating the platform's terms of service. The video that reached millions of views started anti-TikTok war on twitter and confirmed that TikTok must change the report system or get banned.

I'm not going to embed this twit on my website since TikTok videos collection that he shows in his twit really dangerous.

What independent (Information taken from several forums) users tell us -

Actually, the management gave strict orders to moderate any content related to China, Hong Kong & Tibet. But they are not taking any action against reports of animal abuse, harassment, etc. This phase may quickly pass as something similar happened in the past, but I don't think the app will survive in the long run.

I'm from India & if no one knows why the rating is getting down then let me explain. In India TikTok is like internet cancer people posting vulgar, anti-national, animal & women abuse kinds of videos to get views a little faster. If you ever visit TikTok India the cringe stuff is overloaded. A few months ago it got banned in India but TikTok company raise this issue to supreme court & again lifted the ban. Now people are furious, YouTubers are trolling TikTok creators & people rating one star. Most of the people just hate tiktokers in India including me

So, we can only blame the TikTok moderation team for not doing anything against dangerous videos.

Also installed from google play TikTok show us only our local videos, in order to watch videos from china/other regions we must search for all kind of hacks or app websites.

Moderation team problems coming from this. All of the reported videos must be double-checked by different people. TikTok can actually hire mods from the internet and pay them for each checked video. Actually, a similar system already used by Yandex for their services.

Disney's head of streaming to become CEO of TikTok. Mr Mayer will be responsible for ByteDance's 'global development' including emerging business, gaming, and music.