How to Get Tensura Tickets 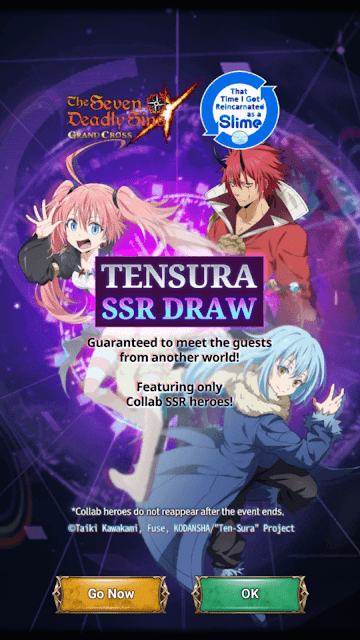 You can get them from the bundle in the shop. Mobile game Seven Deadly Sins Grand Cross (SDSGC) currently has a collab with Tensura (Slime Isekai), SDSGC is a super popular anime-style RPG right now.

Bundle in the shop (TenSura Hero Bundle)
In short, it's a paid item. Real money. 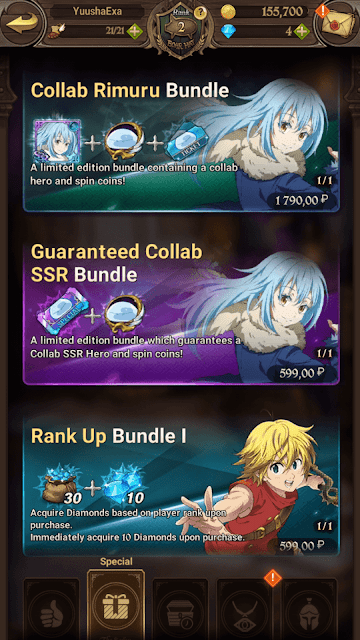 Is it worth it? I'm not sure. You have a 33.3% chance for each character, including Benimaru who you get for free.

How much does it cost? 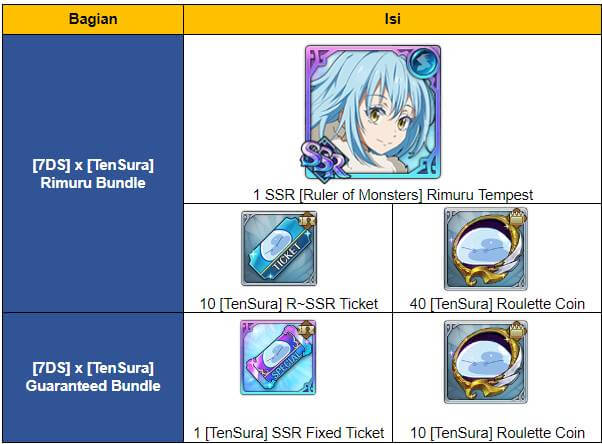 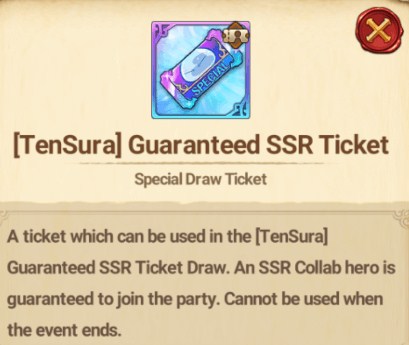 Is there any other way to get Tensura collab heroes?

1. [TenSura] Coin Shop
Period: After the 5/12 maintenance - Until 6/2
Details: Added rewards that can be exchanged with collab hero coins!

How to get coins?

Whenever you summon a hero that you already unlocked before, the hero will be transformed into a coin instead.

You can use the coin to purchase exclusive characters, from the Coin Shop in-game. 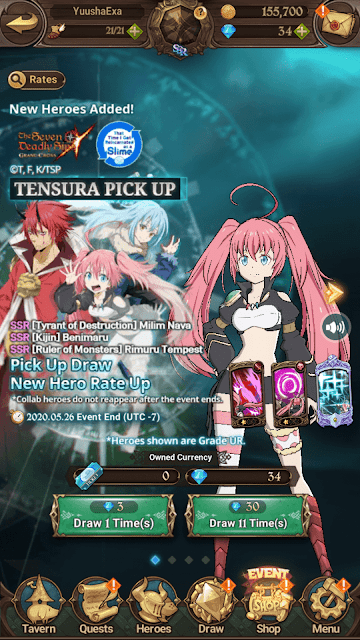 - The Pick Up Bonus Gauge fills separately from [Draw Heroes].
- The Bonus Gauge will end in conjunction with the ending of the Pick Up Draw Event.
- Drawing with the [TenSura] R-SSR Tickets does not fill the Bonus Gauge.

Slime Isekai heroes available only in the collab period. After collab over you must wait until it rerun. I don't have information about possible plans for it.

3. [Kijin] Benimaru can be acquired as a clear reward after clearing the [TenSura] world main stage 'Raging Catastrophe.'

If you know any other ways to get collab heroes tell me in comments.

Skills
- This chart displays the Basic Stats at UR Level 60 and does not include stats from the costume. The Special Association displays at UR Grade.

Skills
- This chart displays the Basic Stats at UR Level 60 and does not include stats from the costume. The Special Association displays at UR Grade.