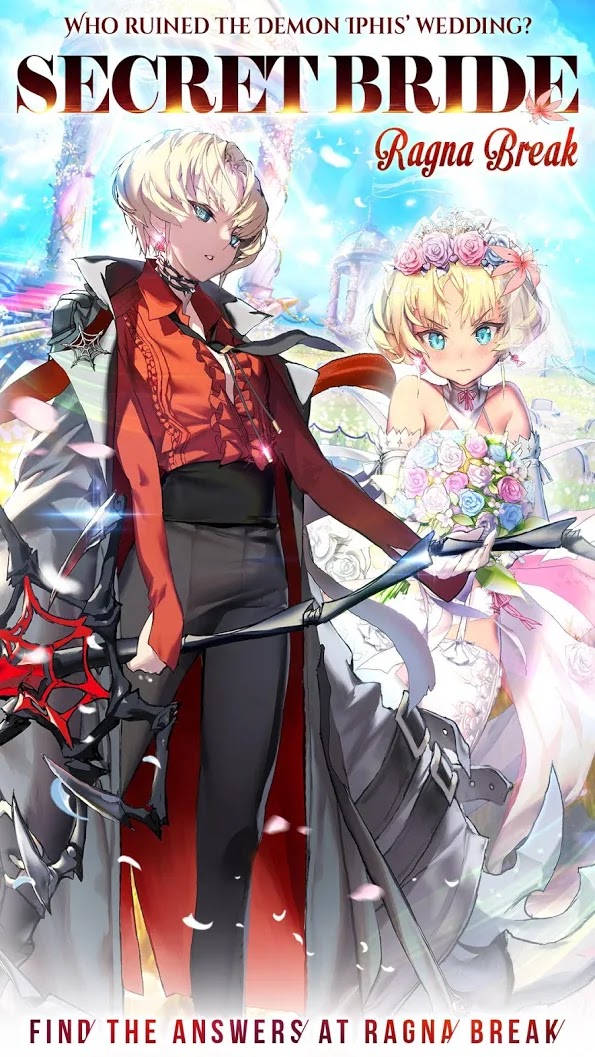 Destiny Child - card collecting battle game with exquisite character illustration. This time global server got one of the best looking heroes in DC, Romantic Iphis. You can get her for free from Ragna event.

What is a Ragna Event?
Ragna event is one of the biggest and important recurring events in Destiny Child. It introduces a couple of new released Childs and sometimes new items. This event usually lasts two weeks and during this time you can gain some rewards that can help your progression. 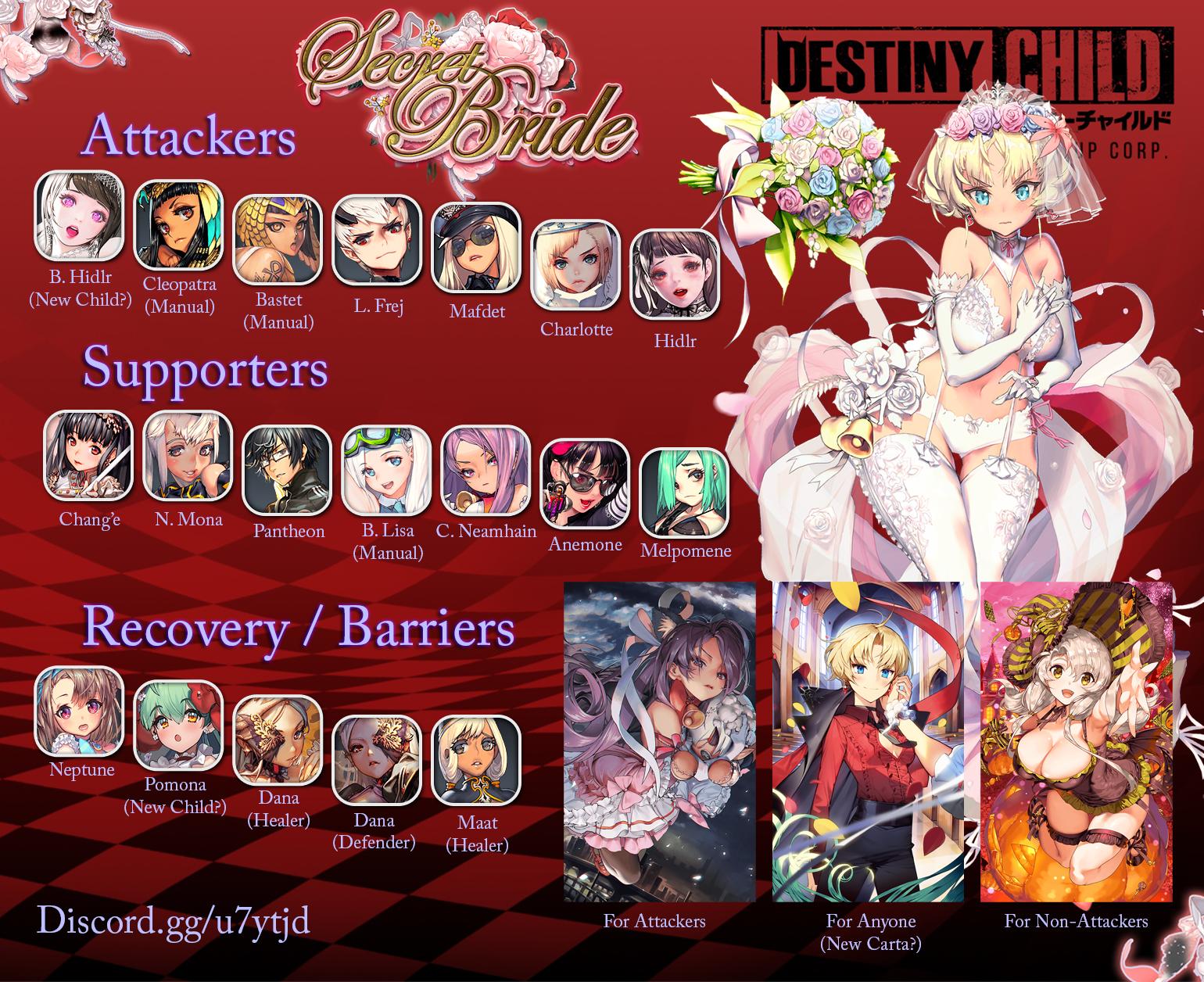 Secret Bride event been out in Korean server 2 years ago and counted as 10th event.

+ tons of events that give a lot of free items and heroes.
Free Summon Event – From now until Thursday, May 14, players can perform 3~5★ 10
x Child Summon once per day.

Gameplay
Destiny Child just a card collecting game, don't expect too much from it and don't spend too much money on it.