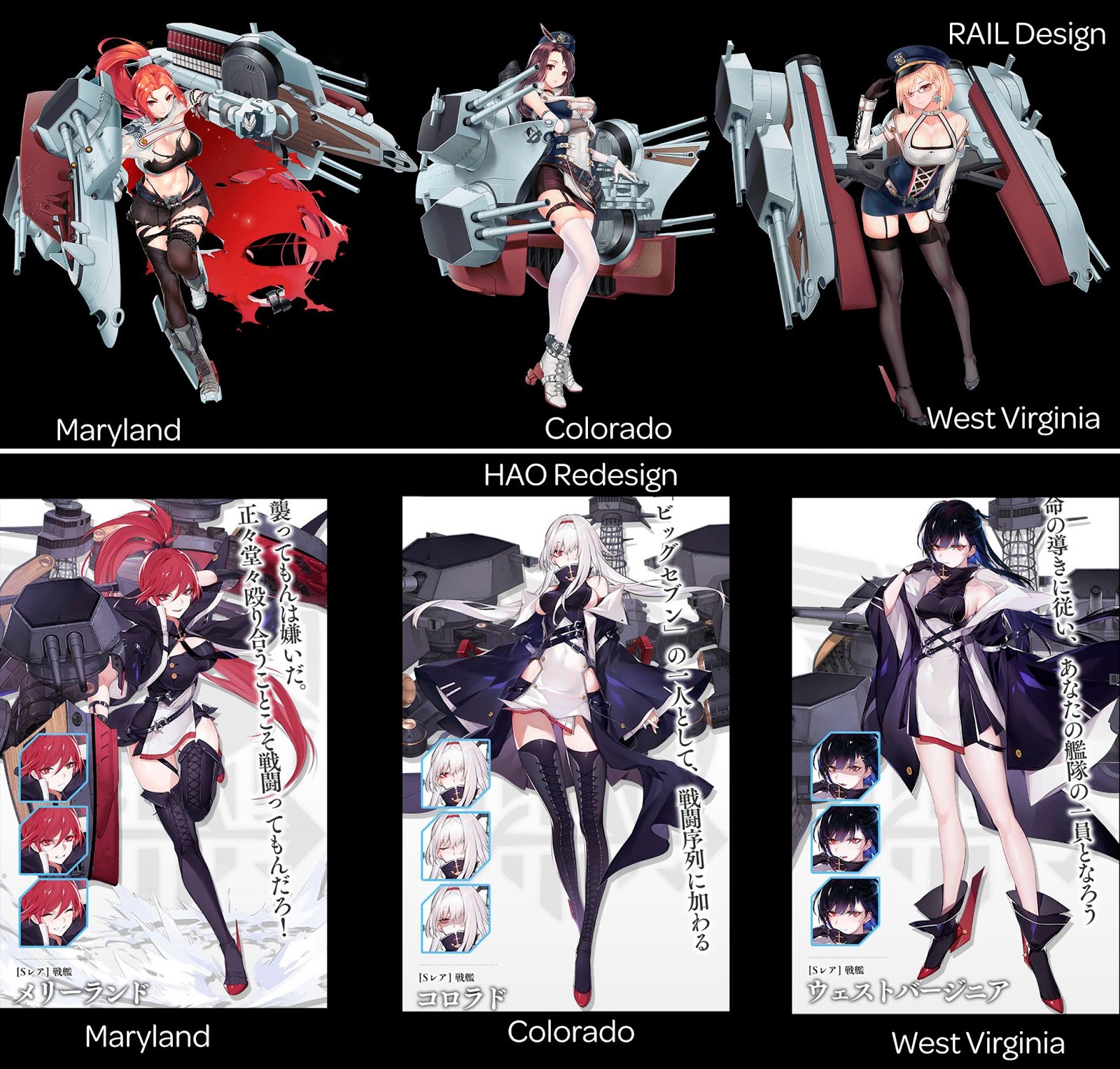 This post taken from Azur Lane - Chinjufu Channel page, please like his page. He managed to collect all information related to this incident.

By now, we know CN players are surprised to see that Maryland and Colorado got a redesign.


There's actually a long story behind this.

As you know, the "Fallen Wings" event first came out in CN servers. Following this, the JP version was ALSO supposed to have it after CN. However, complications arose leading to delays.

Awhile back, we obtained information regarding this matter, BUT it was supposedly CONFIDENTIAL and we weren't sure about this information's reliability.

Below are the events as follows:

1.) According to our info, the original artist of the Colorado class ships was called "RAIL", who happens to be a hardcore Warship Girls fan. As such, he really didn't think highly of AL during its early stages.

2) Despite this, RAIL initially accepted a commission from Azur Lane to do the initial artworks for the CN release of the Fallen Wings event.

3) However, we heard that AL staff and fans alike weren't pleased with RAIL work. As it turns out, RAIL intentionally did a bad job on the artworks. This led to the Azur Lane staff to revise the shipgirl designs.

4.) RAIL noticed these edits afterwards and supposedly later blamed Azur Lane for sabotaging his art. Following this, he started throwing tantrums on Weibo. Most of his rants included alleging that Warship Girls was the better game and was only in it for the money.

5.) On the other hand, Azur Lane tried to reach out to RAIL, even asking him to improve the existing art. He refused to revise them, even saying that he would only take artwork requests for WSG.

6.) This led to Manjuu to let go of RAIL since he became a liability, especially since AL might plan future retrofits and/or skins for these shipgirls.

7.) With him gone, the work then fell to HAO (the artist for AL Akagi and Kaga) to pick up where RAIL left off and redesign the Colorado-class ships to an updated version.

This means the reason why Fallen Wings had so many delays in the JP server release was all because of RAIL's refusal to do revisions for Azur Lane.

So now, RAIL has disowned of his creations and HAO has now adopted 3 new daughters.

Azur Lane CN player obtain Maryland, Colorado, West Virginia will able to keep old artworks as skin, new design will implement on Oct 25, when player gacha will come only with new art only.

Disclaimer:This is just to let the community know the reason behind the design changes. We do not encourage people to hate on the Warship Girls fandoms. Please respect both WSG and AL fandoms and keep the discussion healthy.
Tags:
ShareTweet