May 31, 2017 - YuushaExa
0 0
I Am Supreme - New Light Novel from author of Transcending the Nine Heavens, Realms In The Firmament and Otherworldly Evil Monarch. 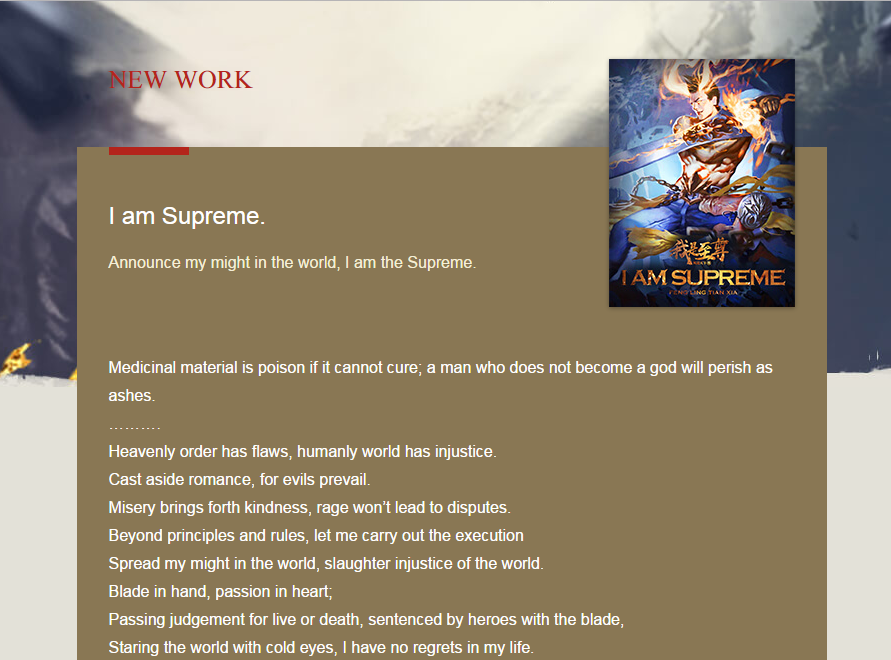 Feng Ling Tian Xia famous for Xuanhuan novels and his new novel I Am Supreme also will be in same genre.

Chinese and English version will be released on Qidian and Qidian International separately at the same time on June 1, 2017.
I am Supreme English version - https://www.webnovel.com/book/7618111306000905

I am Supreme
Spread or announce my might in the world,
I am the Supreme

Medicinal material is poison if it cannot cure; a man who does not become a god will perish as ashes
………
Heavenly order has flaws, humanly world has injustice
Cast aside romance, for evils prevail
Misery brings forth kindness, rage won’t lead to disputes
Beyond principles and rules, let me carry out the execution
Spread my might in the world, slaughter injustice of the world
Blade in hand, passion in heart;
Passing judgement for life or death, sentenced by heroes with the blade,
Staring at the world with cold eyes, I have no regrets in my life 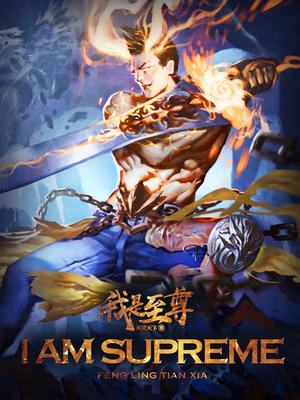 Author 'axed' his last novel Realms In The Firmament because he lost interest in it and wanted to focus on his new and like he say 'best' novel I am Supreme. Let's hope Author don't drop this novel after few years just to write another novel.
Tags:
ShareTweet
Night Mode