November 06, 2014 - YuushaExa
0 0
ShareTweet
Echo of Soul is a MMORPG developed by Nvius and already published in Korea, China and Thailand. English version going be published by Aeria Games in Spring 2015. Game Engine - Unreal 3. Aeria still not give us information whats going to be in our version so lets check other versions.

2. Echo of Soul have 5 playable classes.

5. In Korean online games ranking it on 28th place. 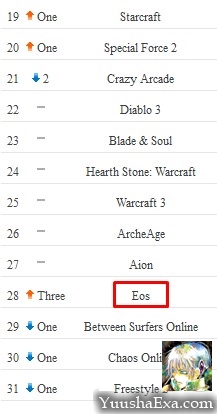