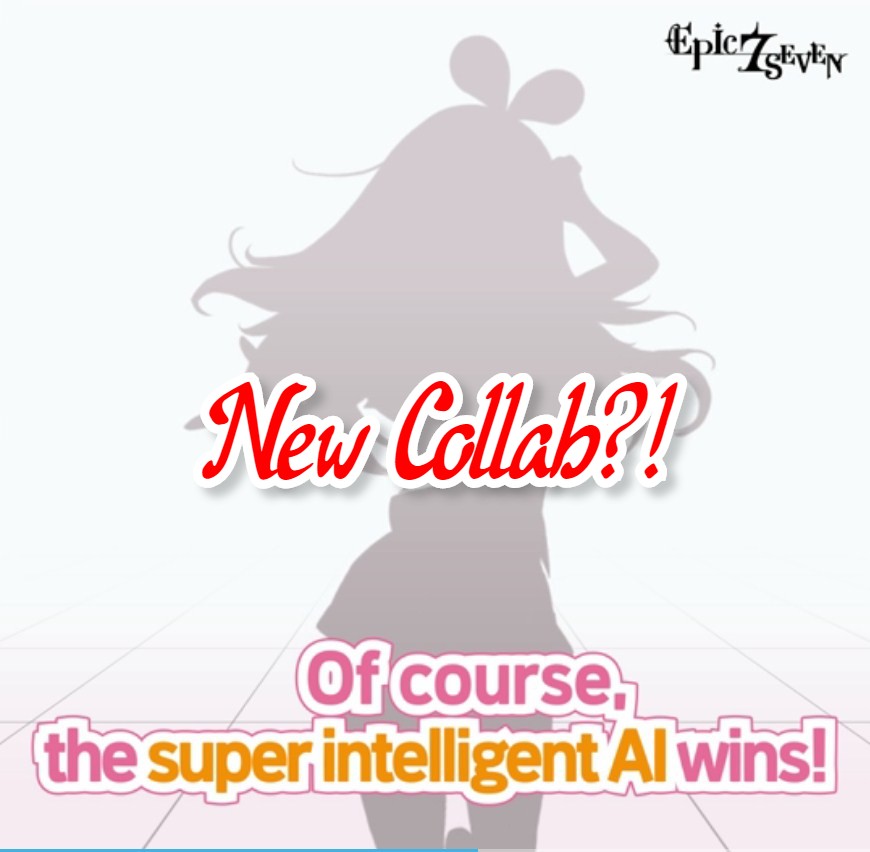 New Collab coming to Epic Seven! More information will be out later. For now, let's check what we already know.

Source - Сollaboration has been mention by smilegate on their official forum.


A New Face! A New Collaboration!

Cute! Fun! Fresh! Do you know whose voice this is?
The main character of the new collaboration will be revealed soon!
Coming Soon!

Main character - Kazuna AI. Maybe we will see several other vtubers (virtual YouTuber, avatars with changed voice) together with her, or just her other versions just like in her previous collab with Azur Lane.
I know that almost everyone, including myself, expected collab with anime series, or at least with a popular game. Why did developers choose to do a collab with Kazuna AI?


This collab isn't random at all. Kizuna Ai is a really popular character lately, especially in Japan, and everyone who's informed about this game also knows in what state the Japanese server is. This collab is to make all the Japanese who left come back. This is a really intelligent marketing move from smilegate

Japanese Epic Seven server has been published by Yostar, developer of Azur Lane. Reason why it died - everyone got free ML5 star hero at start. In the early game stage, it literally killed PVP.

I actually suspect that collaboration happened only because of Yostar. They both already worked together and it greatly benefited both sides.

When collab with Kizuna AI will be released? later in June.

Because of a huge AI popularity, it's a great chance to Make E7Japan Great Again. Let's save out expectations until more information arrives.


Kizuna AI in her starting days paved the way for Virtual youtubers. However, over time her company behind her Active8 screwed the original voice actor and replaced her without telling any of her fans. Eventually, they made clones of her model and there were like 3-5 different voices and personalities behind Kizuna AI. Fans lost the personality they fell in love with and Active8 just threw the middle finger at all the fans.