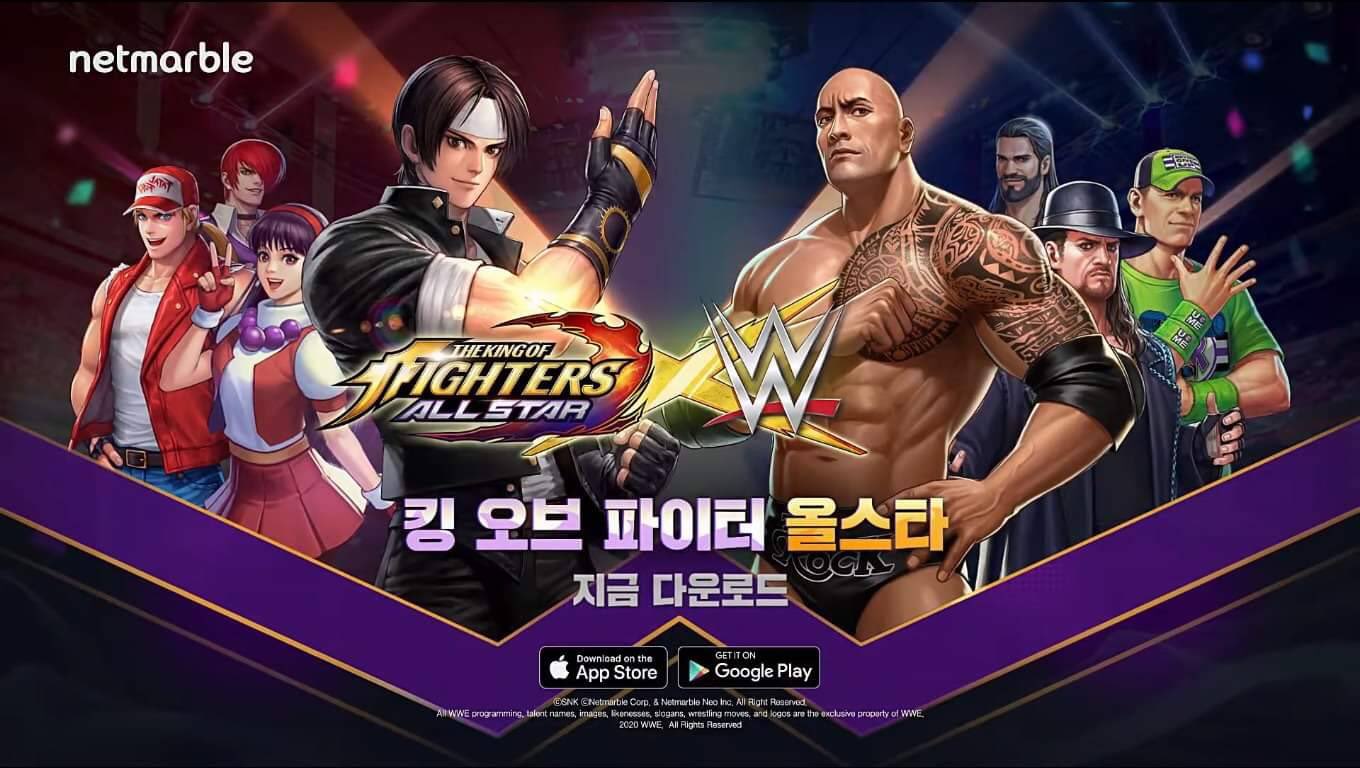 It's one of the most unusual collabs in 2020, WWE - World Wrestling Entertainment collab with Action Gacha RPG King of Fighters Allstar.

King of Fighters Allstar - fast-paced side-scrolling Beat 'em up RPG features PvE, PvP, and Boss Raids where players can join forces with other players in real-time! Published by Netmarble in 2018.
Collab coming May 14th, 2020 on all (KR, JP, Global) server.

No information about available units, but from screenshots we can expect - The Rock, John Cena, and Seth Rollins.

The biggest brawl to KOF ALLSTAR is coming soon!
Get ready for an unprecedented debut.
Are you ready for the next challenge?#KOFALLSTAR pic.twitter.com/IL4cYj06t1
— The King of Fighters ALLSTAR (@playkofallstar) May 5, 2020 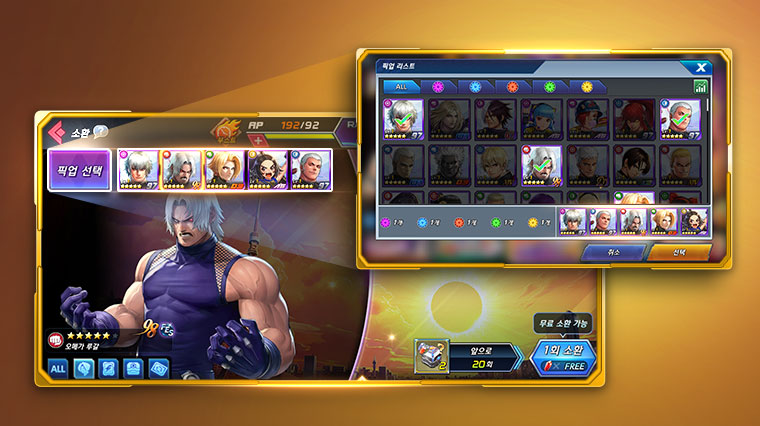 The new summoning and
Pick Up Systems will be added in the update!
All previous forms of summons will be consolidated
and the chance to obtain Fest Fighters will increase.

Not only will acquisition chances increase,
players can also select a total of 5 Fighters,
one for each element,
in order to lock the chance to obtain selected Fighters'.

Pick Up settings can be changed whenever you want.
Now select the Fighters you want and proceed with summoning!