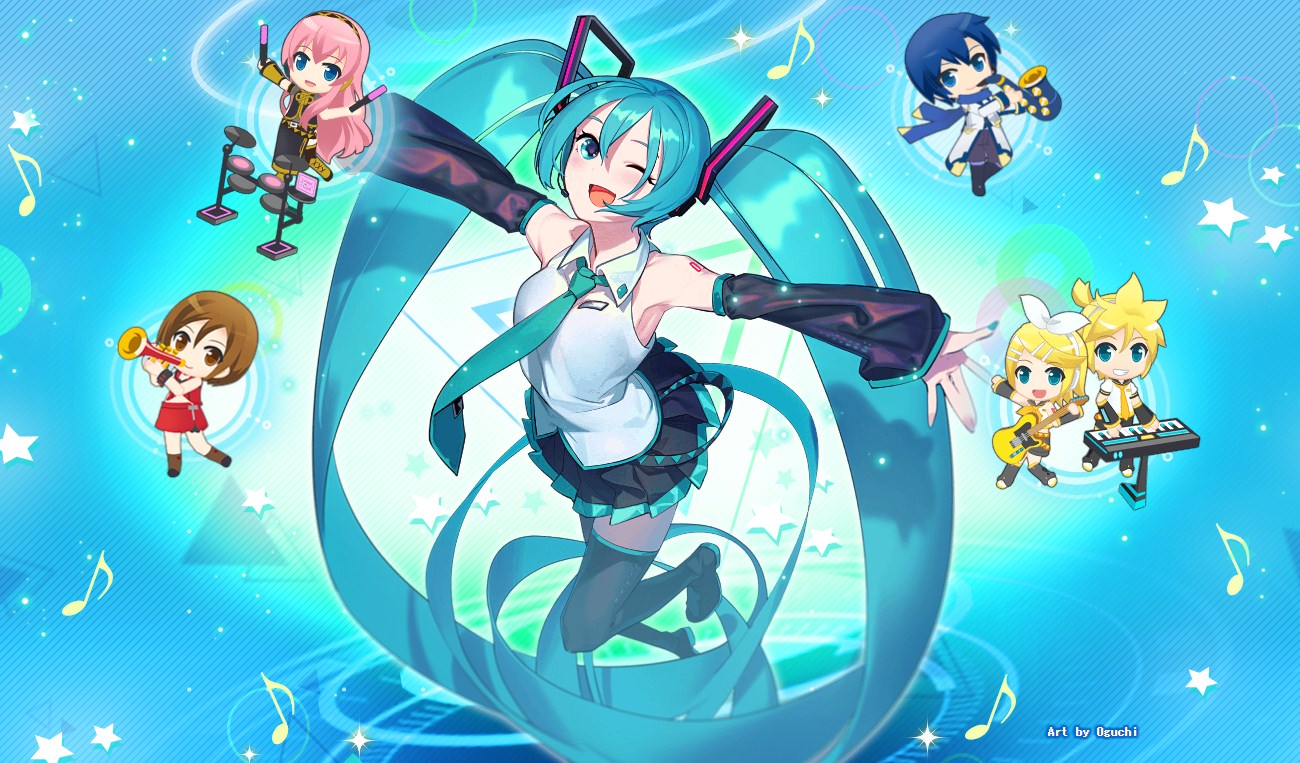 Light up Hatsune Miku's concerts with the tap of your finger!

The controls are easy! All you do is tap!
Gather all sorts of costumes and adorable friends to perform concerts around the world! 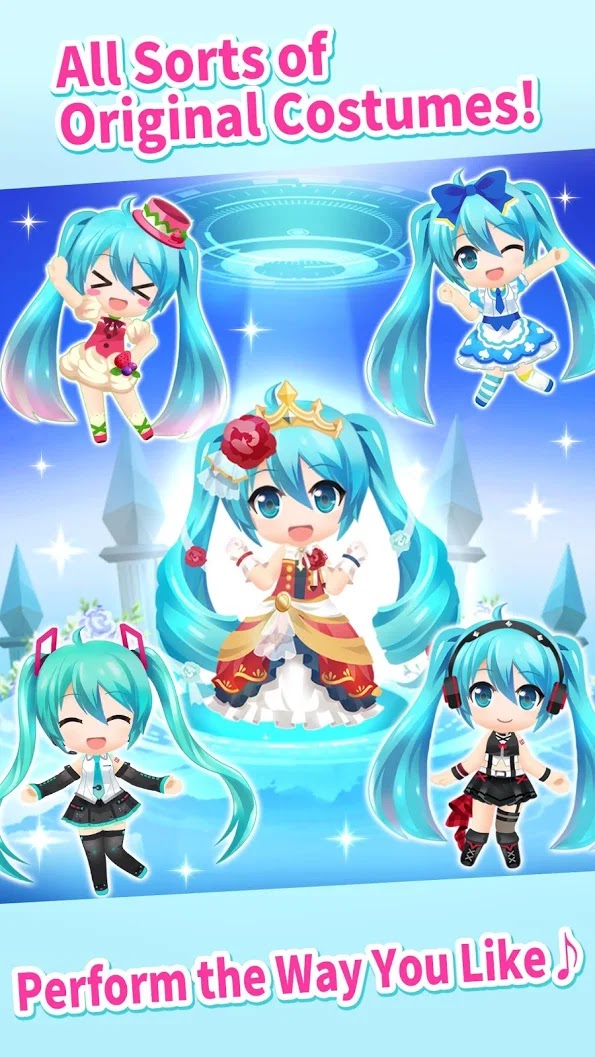 Features
1. Tap to make the crowds at Miku's concerts go wild!
2. Dress Miku up as you like with a wide variety of costumes!
3. Collect cute support characters that will help your concerts!
In addition to Hatsune Miku, other popular virtual singers such as Kagamine Rin, Kagamine Len, KAITO, and MEIKO appear!
4. With Skill Trees and all sorts of items, make the kind of Miku you want!
5. Tons of illustrations by popular artists made especially for the game! 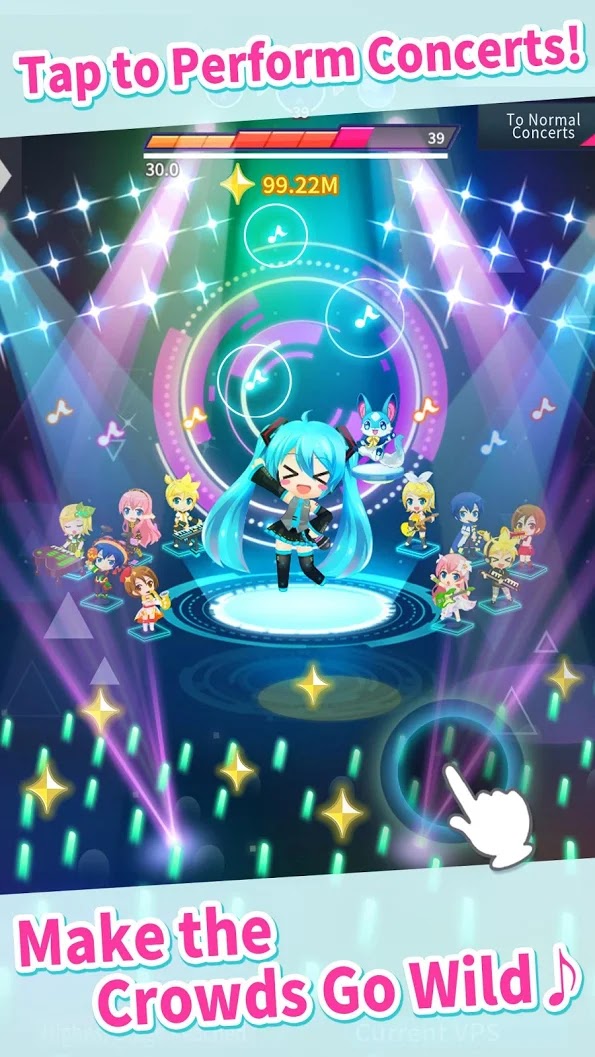 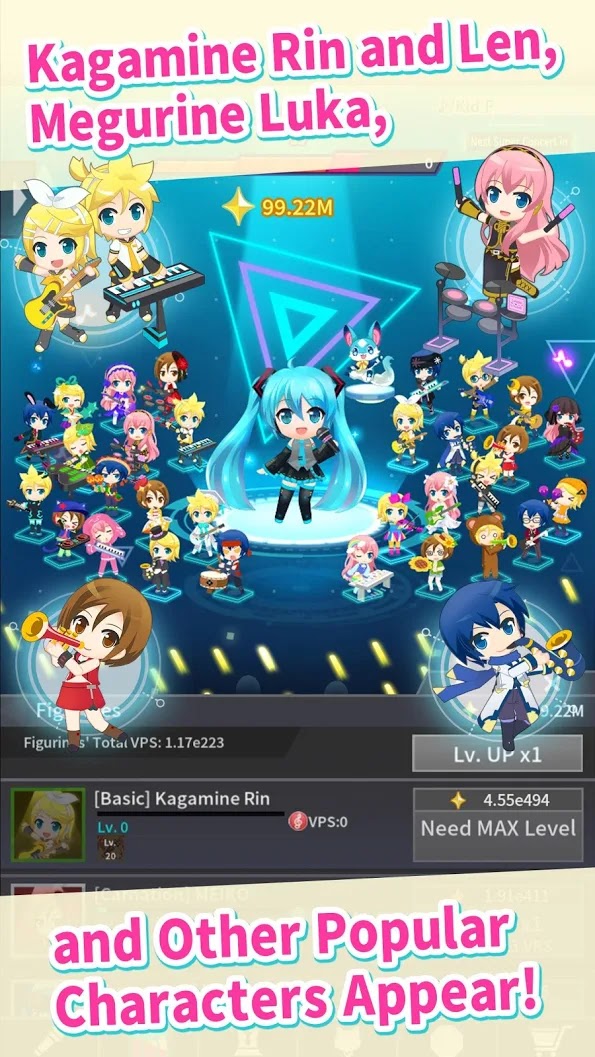