In Figureheads you play for Squads and fight against enemy Squads, since you can't play for all your mechas in same time you need to give them orders and manually control one of them. Mechas have different classes - Assault, Heavy, Sniper, Support and more.

If you already have Square Enix Japan move to Part 2.
Part 1.
1. Press on right button, scroll to bottom,  press on big button in the middle and fill required information. 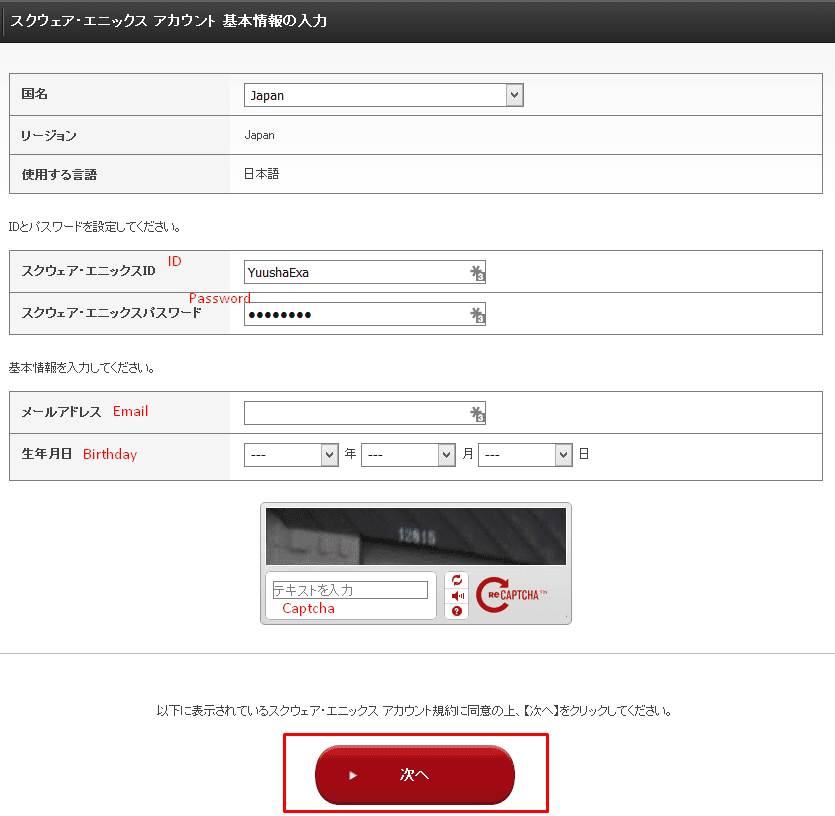 2. After you pressed red button check your email and copy code 認証コード ： 7K3CJP4K Your code will be different from this one, be sure to copy only code without Japanese text. Put him and press on button again.
Congratulation.