Tree of Savior - information about game 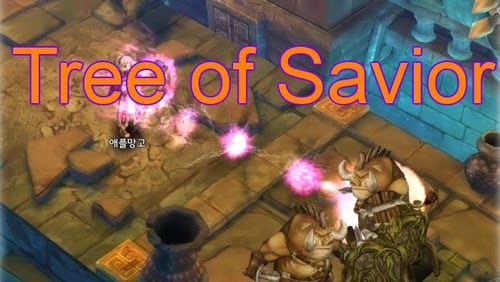 Edit: The survey got deleted.


They plan to make an international server and currently decide where physically put him. (i voted for East North America since it can be *best* for all)


Basic information about Tree of Savior

note: Other players can visit your barrack and leave messages.


Q) Is server-wide chatting available?  We received a request from a fan that this feature should be in the game.


A) Yes.  There is server-wide chatting available in the game and you can do it using a mic. (IDK  how All the messages that are sent to the server will be displayed on the upper side of the screen and they can be scrolled down as in Granado Espada.


Q) Is there a level cap? If there is, which level will be the level cap?


A) We are expecting level 100 will be the level cap for the CBT version of the game.  We are talking about the basic level of the characters and there are different levels for each class.


Q) I heard there are 80 types of classes.  Can we choose among 80 classes from the start of the game?


A) No.  There are four classes to choose from at the start of the game.  After that, with each character’s advancement as you play the game, there will be total of 80 classes in the game.  We will have 80 classes for the official launch version of the game and the numbers can increase after that.


Q) Instead of advancing your character class, I heard you can also train your existing class.  What are the benefits of doing so?


A) When you train your existing class of the character, you can level up the existing skills and you can also learn new skills and attributes for the class.  For example, a player who started the game with Wizard may decide not to advance to Creomancer and instead level up the Wizard to 2nd layer of the circle.  The skills of the Wizard will be stronger after that.


Q) Are there any specific jobs for crafting the items or to collect the items in the game?  I like crafting stuffs more than hunting.


All classes will be able to collect the items in the game.


Q) How hard are the bosses?  Do we need to control the game like action genre games?


A) It depends on each player’s controllability, but we think that it will not be hard if you understand the patterns of the bosses’ movements.  The bosses that will appear on the raids and the fields maybe a little more difficult.


Q) We don’t use the mouse to play the game?  Only keyboard?
What happens when I click on the monsters or the ground?

Q) I know that you had FGT for the first time back in February.  What kind of feedback did you receive from the people who had participated in FGT?

A) We received lots of feedback and advice on matters such as balances between the classes, quest flows, difficulty level, controllability of a few classes, interfaces, and etc.  Most of them told us that the game is very fun and they enjoyed it a lot.  They also told us that they will play the game again once the game starts its service.  However, since we had only invited a small number of users to our studio, most of the feedback that we received was concentrated on the first impression of the game and the contents in the game.  Therefore, we haven’t tested and verified the game’s feasibility in the environment where lots of users are connected at the same time.  We plan to test this when we launch our CBT which is scheduled within this year’s summer.

Q) Did you develop your own engine?

A) We are using the internally developed engine which has been in use and updated since the start of “Granado Espada”.  This engine was customized to meet the needs to express the impressions of  2D characters, hand-drawn art and etc.  Except for the graphics side of the engine, we are using the same engine which is being used to develop “Wolfknights”, the other game that we are currently developing.

Q10) How does character customization work?

A) Since there are some limits on the characters’ style, it is hard to freely customize the characters.  You can choose class, gender, and hairstyle.  We are thinking about changing the eye colors of the characters possible.

Q) I saw the crafting system in the game from the video.  How does crafting work?

A) All classes will be able to craft some items in the game.  However, in order to craft an item, you have to first acquire a manual to craft a particular item.  A manual will be automatically recorded on Adventure Journal once the manual gets used and after that the item can be crafted any time.  Certain manuals can be taught to others.  When you collect all the ingredient items that are specified in a manual, you can craft the item.  Crafting is only possible during Rest Mode, and it could take a few seconds, a few minutes, and more than 10 minutes depending on what kind of items you are crafting.

Q) How big is the world in “Tree of Savior”?

A) Our plan is to have more than 200 territories in the game when we launch OBT.  It will include 3 major cities.

Q) I know that there are hair/head accessories.  How many kinds of accessories do we have in the game?

A) At the moment, we have about 50 costumes that are not relevant to the characters’ stats.  We will have more before we launch the game.

Q) When we look at the classes, there are clear distinctions between tanker, healer, and dealer.  When players form parties, are these roles clearly specified within each party? Or even if we don’t care about the combinations of the classes, is it possible to clear dungeons in the game?

A14) We keep adjusting and modifying in terms of the battle system.  We will tell you more about it after our CBT.

Q) It was unique to see the texts that are being typed by the spectators during a tournament match are shown on the screen.  What was your purpose in showing those texts?

A) Players who are waiting for the next matches, or the players who just want to watch the matches are all gathered around in the spectators’ seats.  They can watch those matches from the point of view of the players who are actually engaged in the matches.  The texts that are being typed by the people who are gathered around will be shown anonymously on the screen and we think it will be more enjoyable to watch those matches when there are diverse comments coming from many people.  A few people who are reading this may have already noticed.  We got inspiration from one of Japan’s famous video sites.

Q) When I look at the Adventure Journal, there is something called Adventure Achievements.  What is the purpose and when we complete high-level Achievements, what kind of benefits can we receive?

There are many Achievements such as collecting all the different kinds of items, searching and navigating all the maps, clearing all the quests including the hidden quests, and many more.  Your Achievements will be compared to the other players’ Achievements and we will show which players have achieved higher points by ranking those players.

Certain quests and certain upper-level classes are only possible to do and acquire when your accumulated Achievement points are higher than a certain level.

Q) We think community features and real-life features (such as marriage, having a house and etc) would fit the game well.

A) It is hard to predict how the community in the game will turn out in the future.  After collecting feedback from the testers from CBT and the tests after that, we will decide which system to add in the game.

A) No random field PVP, but planning on tournaments. Can enter alone or in parties.