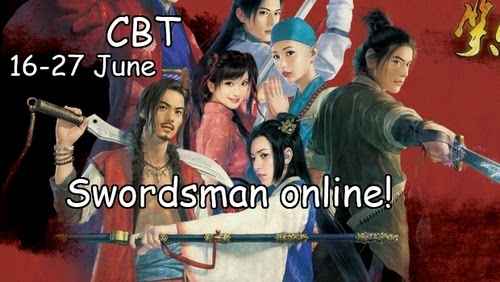 The new game from Perfect World, CBT starts today 16 June and going last until 27 June. You can get a beta key, over 9000 still there. Swordsman online doesn`t have NDA so share screens/videos and Livestream all you want.

Ancient China is experiencing a blood-soaked decade. Ten forces have been at war with each other in a bloody attempt to become the most powerful martial arts clan. The hunt is on for an ancient scripture containing Kung Fu secrets that can bring immense power to the clan who possesses it. As a survivor of a tiny village torn apart by war, you must avenge your people while discovering the mysterious connection between you and the entire martial arts world!

Swordsman online has 10 classes, each class has 3 styles and 6 skills per style. Experience players told me that game totally changing at 30-40 level and becoming more fun, I going to write more about it in a few days.

Assassins, One of the Five Great Schools. Weapons: Long and Short Sword.