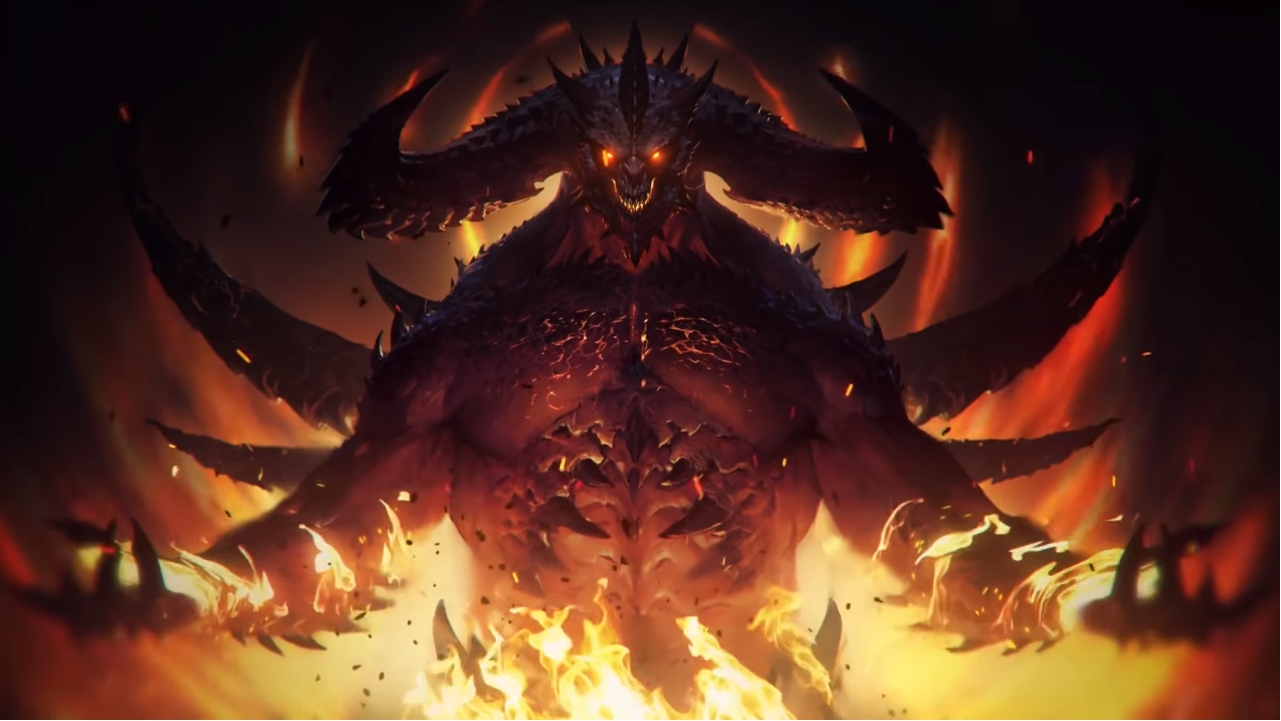 Diablo fans claim that Diablo: Immortal is a reskin of a Crusaders of Light, also made by NetEase.

Edit (14.05.2020) Looks like Diablo: Immortal died. Media claims that diablo still in development, but too much changed now. Devs must update graphics for sure and add a lot of content to make it similar to the PC version. ofc I advise to make some short dungeons (for 5-10 mins) and long that can take up to 30 mins or even more. Let's check latest news from the wiki.

Immortal is co-developed by Blizzard and NetEase. The latter developer had been Blizzard's partner for Chinese market releases. Blizzard intended to bring the core Diablo experience to the smartphone platform. As a result, its interfaces reflect choices that would make that experience best fit the medium. By designing for a smartphone gaming audience, Immortal was designed to reach demographics and geographic regions that use mobile phones as their main gaming platform and may not otherwise interact with Diablo on other gaming platforms.

The game is planned for release on Android and iOS platforms. No release date information atm. Players can pre-register on the game's website for admission to playtest the beta. Blizzard also announced plans to enhance the Immortal experience fresh after its initial release with the regular addition of stories and characters. Diablo: Immortal was announced at the opening ceremony of BlizzCon in November 2018.

On February 21, 2019, NetEase's CFO, Yang Zhaoxuan, stated that mobile diablo was 'pretty much ready' and still planned for a 2019 release; however, he stated that Blizzard would be those to work out the precise release timetable. - RIP, already 2020.

In November 2019, during BlizzCon, Blizzard posted an update on its official blog, confirming that Immortal was still in development. However, it stated that there was still no specific release date for the mobile version, because "It takes significant time to satisfy the Blizzard quality level we’re aiming for, and that we have tons of ambitious goals for Diablo Immortal." Additional details confirmed within the post included six playable classes (Barbarian, Crusader, Demon Hunter, Monk, Necromancer, and Wizard), and chargeable, class-specific 'ultimate' abilities.

For Diablo Immortal Pre-Registration just press on the green button.

NO Auto Battles (not sure if it will be changed later) 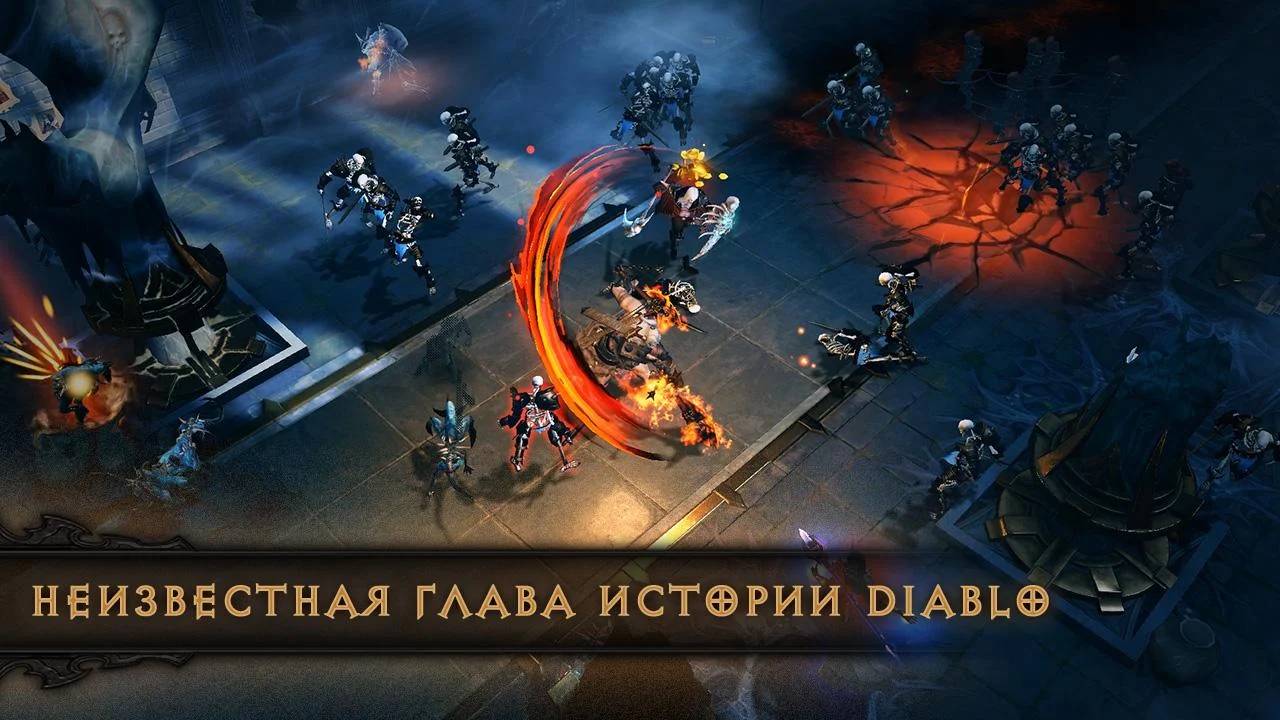 Story taking place between the events of Diablo II: Lord of Destruction and Diablo III.

A NEW DIABLO EXPERIENCEThis new chapter of the blockbuster Diablo saga takes place between the end of Diablo II: Lord of Destruction and the beginning of Diablo III. Leading the invasion of Sanctuary is the demon known as Skarn, Herald of Terror—Diablo’s most powerful lieutenant—who now rallies a new demonic army. Skarn intends to gather the fragments of the corrupted Worldstone and use them to resurrect Diablo. Diablo Immortal is a collaboration between Blizzard Entertainment and NetEase Games.

NEW ZONES AND DUNGEONSIn Diablo Immortal, players will embark on thrilling expeditions, take part in dynamic events across unique public zones, and plunder instanced dungeons, hacking and slashing their way through the demonic minions surrounding them. From the peaceful town of Wortham to the ancient Library of Zoltun Kulle to the suffocating jungle island of Bilefen, players will explore familiar vistas and until-now undiscovered corners of Sanctuary in search of the tainted fragments of the Worldstone.

MASSIVELY MULTIPLAYER ON MOBILEPlayers will have many opportunities to meet and socialize with other heroes while wandering the wilds of Sanctuary, or while conducting less-dangerous business—like upgrading gear, crafting items, or forming groups for their next adventure—in the city of Westmarch, Diablo Immortal’s sprawling central hub.

INTUITIVE CONTROLSThe transition from mouse-and-keyboard or controller to mobile touchscreen device was designed to feel completely natural, intuitive, and fun in Diablo Immortal. Directional controls make it easy to move heroes around the world, and activating a skill is as easy as holding a thumb down on a skill to aim, then releasing it to unleash hell on your foes. Reinforcements are always only a tap away thanks to the native Blizzard Battle.net® UI designed specifically for Diablo Immortal, which allows you to chat and form groups with ease even in the middle of the most frantic battle. 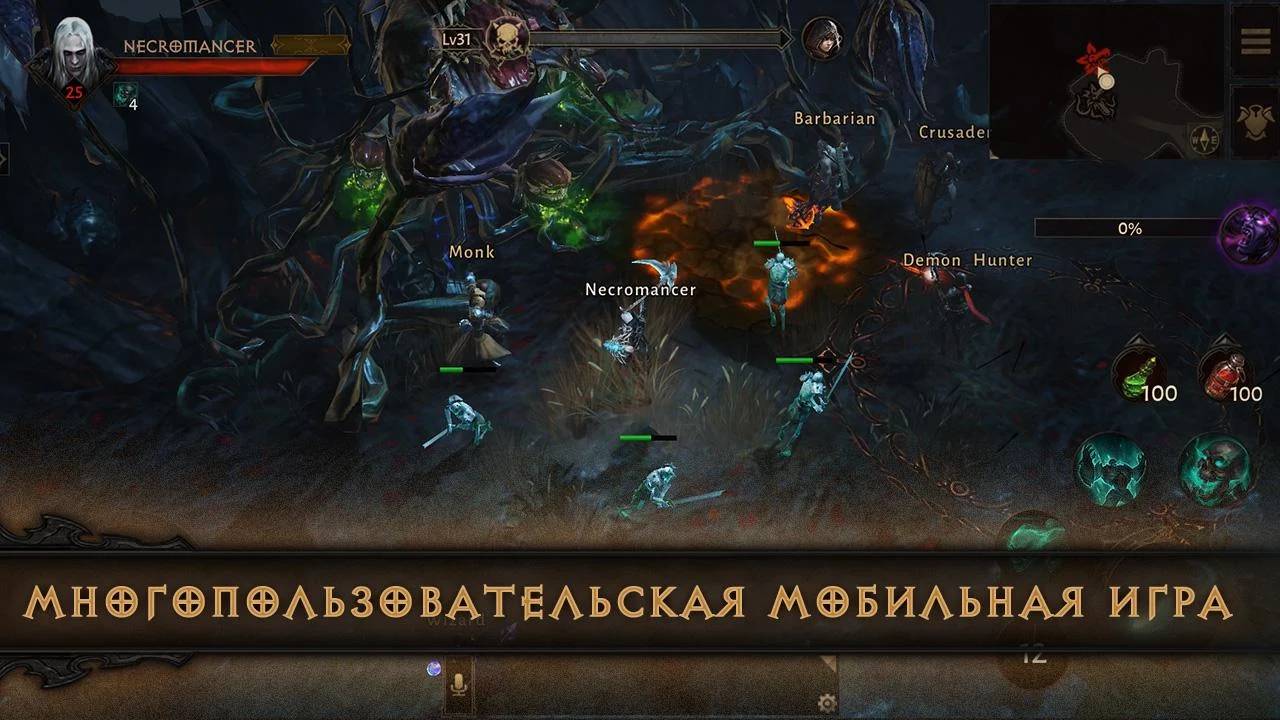