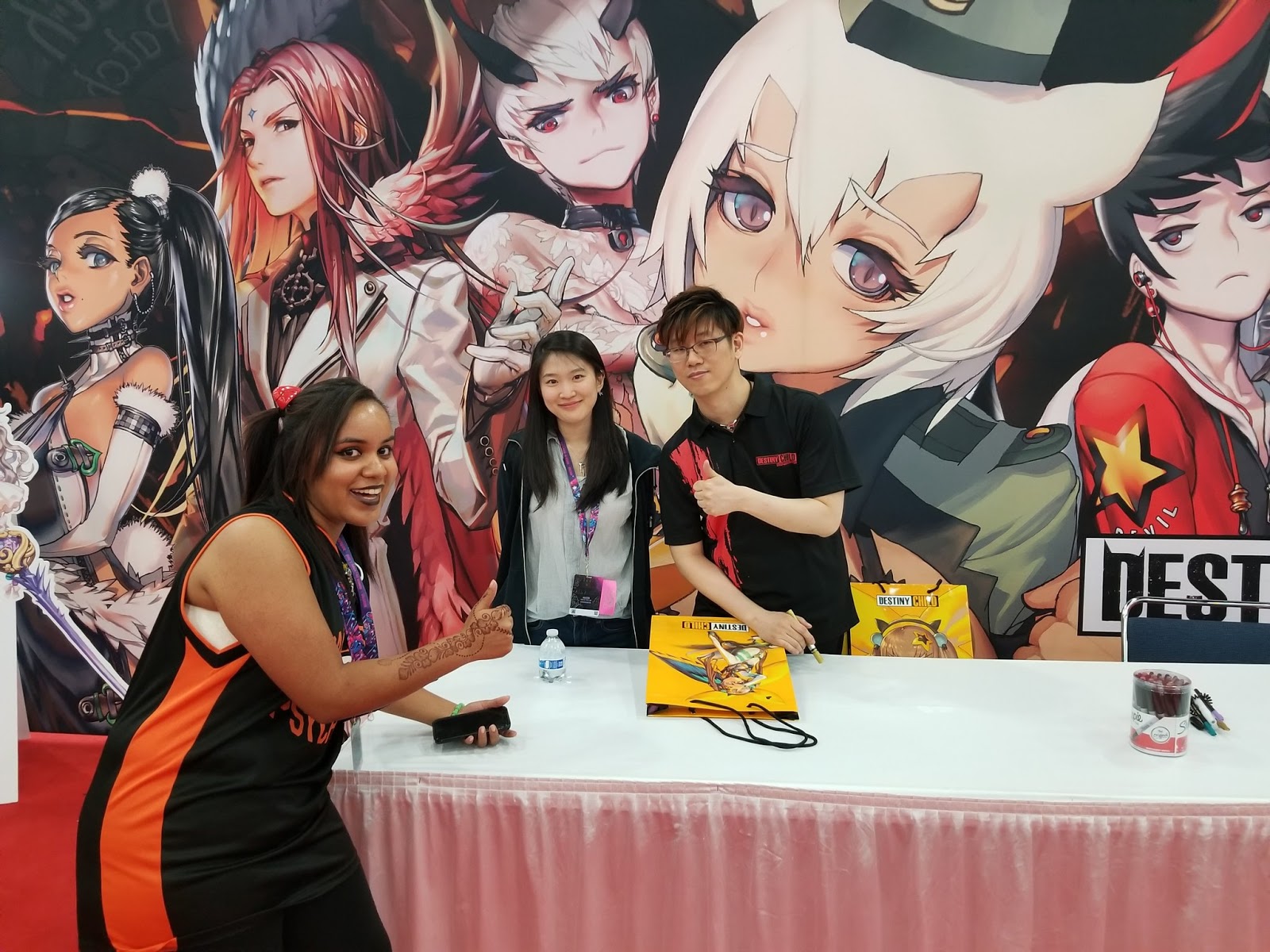 This was held at:
Anime Matsuri 2018, Houston,TX at the George R. Brown Convention Center.

In his interview at Matsuri, Hyung-tae Kim confirmed that the English version will be released this year, way earlier than they expected. Before summer (USA) we Will have English website, Facebook, Twitter and More info about the game and release date. @Source

Destiny Child - Korean server already out for 1.5 year and Japanese server out last year.
Possible difference between Korean and English server -
1. Censorship
2. Rewards can be changed (Depend on publisher)
3. Different skills compared to Korean version (Just like in Japan version)

It's a funny game and most players spend only 10$ per month for premium.
Tags:
ShareTweet