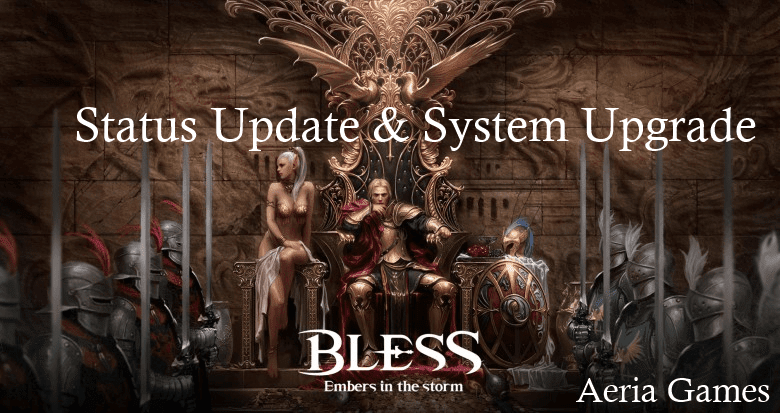 Bless Online is the first 'Big' MMORPG for Aeria Games (or better call them - ProSiebenSat.1 Games?) and like always with the new Aeria our game version will be different from Korean version.
For now we only got the news about possible 'good' changes but we also can expect heavy P2W. If you never played in the games published by aeria you can just check one of their games cash shop.

"This site upgrade will set the stage for our major future launches, and we’re excited to have you along for the ride!"
I hope Aeria Games also upgrade their servers.

Ingame performance: Neowiz Bless Studio is putting the most effort and planning to improve the performance aspects of massive battle contents such as Siege of Castra, Capital War, Raid etc. to provide the players the best gaming environment.

Combat System: As many of you might know, the combat system as of now feels unresponsive and the action combat is not on par with current generation action MMORPGs. Neowiz will be working on both tab targeting and action combat systems to have better combat experience in both systems. In the end of the day, combat is a very important aspect of every MMO and needs to feel good to keep players entertained in combat.