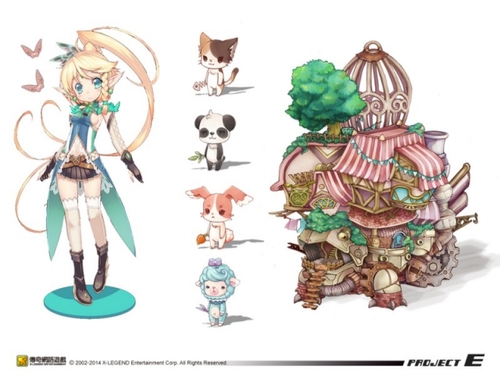 Do you still remember about this upcoming X-Legend game?  Developers tell us about it being released in 2014 but looking at them now I think they move the release to 2015.

Our new X-Legend game (Dragon Slayers) looks very small compared to other titles, maybe it because they preparing something big in this project?  They also been want to release 3 mobile games but I don`t have any info about them. (x-legend actually released some apps in last years but they only for client games and foreigners can`t install them)
Tags:
ShareTweet